The company originated in 1969 as a jukebox rental and repair business in Toyonaka, Osaka, Japan, by Kagemasa Kōzuki, who remains the company's chairman. The name "Konami" is a conjunction of the names Kagemasa Kōzuki, Yoshinobu Nakama, and Tatsuo Miyasako. 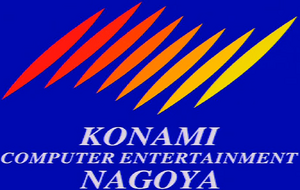 Konami Computer Entertainment Kobe (コナミコンピュータエンタテインメント神戸, KCEK) was a Kobe-based subsidiary of Konami Corporation. The company was established in 1998 when the first development division at KCE Osaka was spun off. It was merged back into KCEO in December, 2002.[1]

The development house has worked on titles for a wide variety of platforms, ranging from Game Boy to PlayStation. KCEJ is split into two different development teams, located in two offices in Tokyo. KCEJ East developed 7 Blades as well as a number of dating sims for the PlayStation, Saturn and Game Boy. KCEJ West is known for the best-selling Metal Gear Solid series, as well as the Beatmania and GuitarFreaks series.

On April 1, 2005, KCEJ (along with KCET and KCES) merged with its parent company. Hideo Kojima (the company's former vice president) formed his own subsidiary, Kojima Productions.

Konami also produced its shoot 'em up arcade games such as Gradius, Life Force, Time Pilot, Gyruss, Parodius, Axelay and TwinBee. Konami's games based on cartoon licenses, especially the Batman: The Animated Series, Teenage Mutant Ninja Turtles and Tiny Toon Adventures series, but other American productions like The Simpsons, Bucky O'Hare, G.I. Joe, The Goonies and the French production Asterix, all have seen release at some point in the past by Konami either on arcades and/or video game consoles.

Recent cinematically-styled franchises from Konami are the continuing Silent Hill survival horror franchise and the Metal Gear series, which underwent a public renaissance with Metal Gear Solid. Another successful franchise is Winning Eleven, the spiritual sequel to International Superstar Soccer, which is extremely popular in Asia, Latin America, Middle East and Europe, where it is sold by the name Pro Evolution Soccer. And in Japan, it is known for the extremely popular Jikkyō Powerful Pro Yakyū series baseball series and the Zone of the Enders games. The company has also recently picked up Saw from Brash Entertainment when the game's production had been suspended due to financial issues.

Konami is also known for its password, the Konami Code, which traditionally gives many power-ups in its games. Although variants also exist, as in the Parodius series and button naming can differ depending on the controller used, the classic NES combination is: ↑, ↑, ↓, ↓, ←, →, ←, →, B, A. However, use of this code in more recent Konami productions has been sparse.