A hovering deployment carrier that attacks in different ways depending on the version of the game it appears in.

In the arcade version of Contra, Guldaf appears as a miniboss near the beginning of the Snow Field. Shortly after its introduction, it stops in midair and starts deploying Necroid infantry units at an alarming rate from its side hatches while also dropping spinning bladed discs straight down which then travel across the ground.

In the NES version, Guldaf is the end boss of the Snow Field stage and guards the entrance to the Energy Zone. Instead of flying about like its arcade counterpart, it teleports from place to place. Furthermore, rather than deploying enemy units, it sends out spinning mechanical devices from its hatches, which first travel to the edge of the screen, descend, and then travel across the ground in the opposite direction. In addition, the central cannon continuously drops exploding projectiles straight down. Once the hovercraft is destroyed, the entrance to the Energy Zone will also blow up, allowing entry to the player.

In the MSX2 version, Guldaf's only weakness is the small Red Falcon emblem located on the hovercraft's center. To make matters worse, the Spread Gun is absent in this version of game, making this boss fight that much harder.

In Contra Returns, Guldaf's design has been altered; it now has a more biomechanical design (looking closer to the Garth Base) rather than a hovercraft as in previous games. Guldaf is fought more than once in this game. 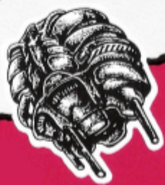 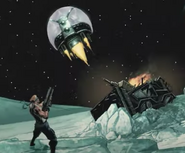 Guldaf as it appears in the Rogue Corps motion comic book. 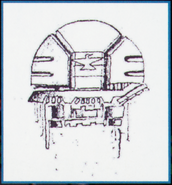 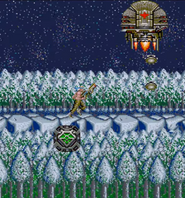 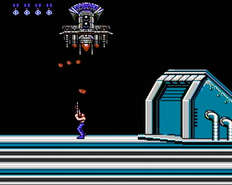 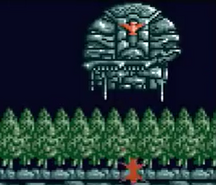 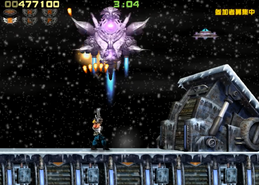 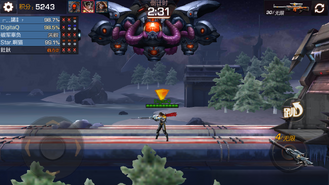