The Greeder (突槍射撃兵 グリーダー, Greeder? lit. "Spearhead Gunman Greeder") is a recurrent enemy in the Contra series. Depending on the game they appear in, they can either be brainwashed human infantry units, or aliens posing as them, or even robots who charge forward at the enemy.

Perhaps the most iconic lesser enemies in the whole Contra series, Greeders have appeared in pretty much every installment of the franchise in one form or another, and are known by a variety of names depending on the games they appear in.

They can either be human soldiers who have been brainwashed by the invading alien forces and forced to do their bidding, or alien warriors posing as humans, or in some cases they can even be rampant robots. They can be seen either unarmed or wielding small melee weapons, and usually appear in more than one stage in each game.

Greeders mainly attack by charging at the enemy; should they miss their target, they will just continue onward until they leave the battlefield. If they reach a ledge, they will jump forward and continue their way, that is if they didn't fall to their demise into a bottomless pit. Certain variants come armed with a firearm and are capable of shooting at the player, posing a real threat as they shoot fast and unexpectedly. They are also renowned for carrying a large backpack presumably filled with explosives to maximize their characteristic kamikaze behavior. With such traits, Greeders just serve as cannon fodder for the invading forces, allowing them to reserve their higher rank units for more advanced battles.

In Super Contra, Greeders are slightly faster than the player. Those that come from behind, if left alive, will eventually catch up. A mutated variant appears in Alien Area 2 (Super C); while they behave exactly the same as standard Greeders, they show alien-like mutations on their bodies, hinting to actually be captured soldiers set loose at a partial state of infection. The English instruction booklet, on the other hand, calls them "Aliens in sergeant skin's clothing", implying that they are in fact aliens that probably are still in the process of transmogrifying into deceitful human-looking soldiers.

Likewise, Orians and their variants behave pretty much the same as common Greeders, although they are faster, attack in greater numbers and are usually encountered near the end of the games they appear in.

In Contra: Return, Greeders can sprint and perform a charge attack. Some are enhanced in health and may take more than one shot to kill.

Greeders are subordinates to Ledders.

In Contra III, Corporals of Punishment share the same sprite as machine-gun wielding soldiers, and as such, they also come armed with these weapons, although they never fire them. In addition, they have a blue color scheme in order to differentiate them from the trigger-happy red units.

Zako Soldiers conform the main forces of Colonel Bahamut's army. They are infantry enemy units that attack by charging at the player, although they can also attack by slashing with a beam sword. They also display certain abilities not seen in their previous incarnations, such as attacking by jumping or holding their positions while wielding a gun.

In one scenario, Doctor Geo Mandrake uses a ray on a large group of these soldiers, transforming them into disgusting alien creatures.

In Contra ReBirth, there are two different versions of this (or a similar) enemy: humanoids and reptilian aliens working for the Neo Salamander Force. The lizard-like aliens are purple and wear green armor covering their chest. The humanoid variant wears green bodysuits covered in gray metallic armor. Their heads are also covered entirely by gray helmets.

A group of Greeders leaded by a Ledder from Contra 3D.

Greeder in the Contra: Rogue Corps motion comic
Add a photo to this gallery 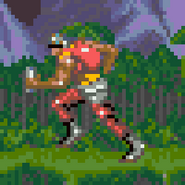 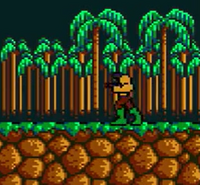 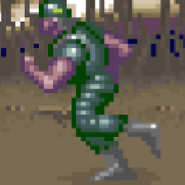 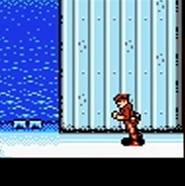 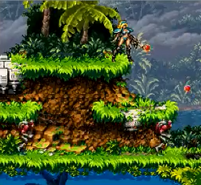 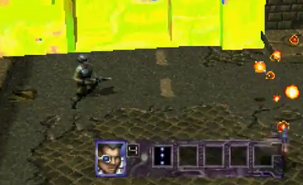 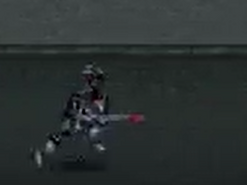 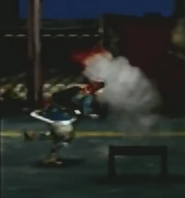 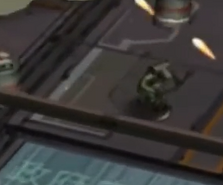 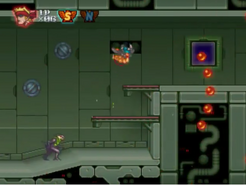 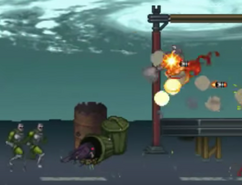 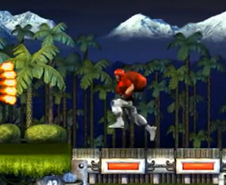 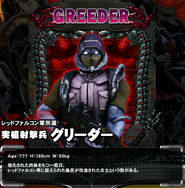 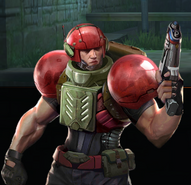 Panicking Soldier from Contra: Return
Add a photo to this gallery 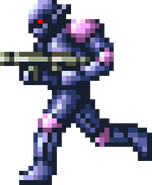 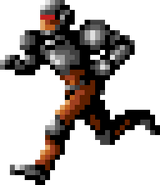 Retrieved from "https://contra.fandom.com/wiki/Greeder?oldid=24457"
Community content is available under CC-BY-SA unless otherwise noted.