A gigantic armored soldier of origins unknown who guards the entrance to the Hangar. He attacks by hurling an endless supply of spinning, bladed saucers which travel in different patterns. If being shot, he will start jumping to avoid the oncoming fire.

Two of them appear in the arcade version of Contra, one at the beginning of the Energy Zone and another at the end. They can throw saucers in a multitude of ways, whether it is at a far, medium, or short range, and these may travel in an undulating manner through the air. Once the second Gordea is defeated, the player will directly gain entry to the hangar, as both areas are connected.

In the hardest difficulty setting of the arcade version, Gordea will start hopping toward the player in an attempt to stomp on them, although it is possible to pass under him and attack him from behind.

In the NES version, Gordea is the end level boss of the Energy Zone and must be defeated in order to proceed to the next level. He retains most of his attacks intact, although this time the saucers only travel across the ground. He often walks from one side of the screen to the other in an attempt to bump on the player with his massive body, although he can be avoided with a well timed jump.

Gordea's design would later be the basis for Claudius, one of the main antagonists in Contra Returns, sharing similar attack patterns, such as throwing discuses. 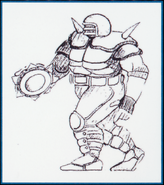 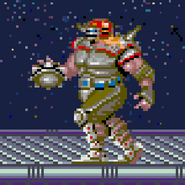 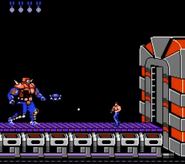 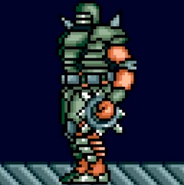 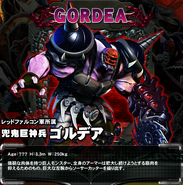