Found at the end of Base 1. In order to fight it, the player must first destroy the four Shoud power cores affixed to the wall and is also advised to destroy the two multi-cannon Zark turrets protecting the system, although these are not mandatory.

Once all four cores are destroyed, Garmakilma will appear on the topmost panel, moving from side to side while constantly shooting rings of fire at the player; these can be destroyed by shooting them in midair.

It is advised to take the two defense systems as soon as possible before they have an opportunity to shoot, or stay on the safe spots left between their spreading fire. Weapons which can provide heavy accumulated fire and a wide range for taking care of oncoming indirect fire, such as the Spread Gun, are recommended.

In this game, a laser barrier lies between Garmakilma and the player. It fires laser shots out from turrets on it, and when its power cores are defeated, they fly off toward the player. After taking down all its power cores, the construct is crushed under its above layer and another round commences. From this round, Garmakilma starts having a glass plate over the whole side facing the player that crumbles with enough hits. Then the power cores start moving left and right, and fire laser beams at the player. After it takes enough damage, it goes up in fiery bursts as the player escapes up an elevator.

Garmakilma makes its appearance in Stage 2-2. While this version still shoots rings of fire from its eye, these have more variety. The power cores –which were harmless in the first game– are now armed with small, fast and indestructible energy projectiles. Garmakilma itself shoots larger rings of energy; these are more durable and have homing capabilities; however, it's not required to destroy all the power cores to have Garmakilma activated. 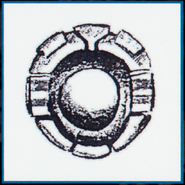 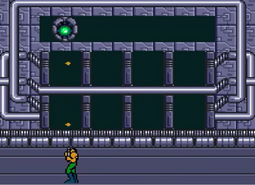 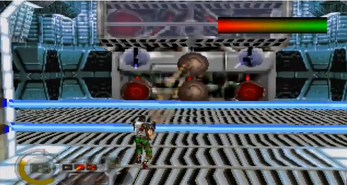 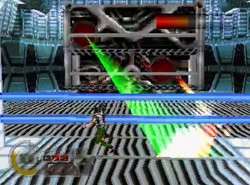 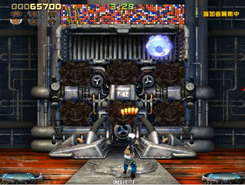