Contra III: The Alien Wars, released in Japan as Contra Spirits (魂斗羅スピリッツ, Contra Spirits?) and in PAL regions as Super Probotector: Alien Rebels, is a run-and-gun video game originally released for the Super Nintendo Entertainment System developed and published by Konami in 1992. It is the third home console iteration of the Contra series, following the original Contra (1987) and Super C (1988) for the NES.

The game was later ported to the Game Boy and Game Boy Advance handheld systems, and on the Nintendo Super System, the Wii Virtual Console, and re-released by Nintendo in the United States in September 2017 as part of the company's Super NES Classic Edition.

Set in the futuristic year 2636 A.D., the alien invaders that were defeated during the previous installments have decided to launch a full-scale war against mankind on Earth, starting the "Alien Wars". Unlike the previous Contra games for the NES and Game Boy, the futuristic setting was kept for the American version. However, the identities of Bill Rizer and Lance Bean", the original Contra heroes, were changed to their "descendants", Jimbo and Sully, maintaining the continuity of the previous localizations. Likewise, the alien invader was once again changed to "Red Falcon".

Taking advantage of the technology provided by the Super NES, the graphics in Contra III improved upon the NES versions of the first two installments, bringing it closer to the quality of their arcade counterparts. The level design is more complex and provides more opportunity for interaction. For instance, players can grab onto poles or ceilings and navigate them in a monkey bar fashion, climb walls and ladders, destroy buildings and scenery, and commandeer tanks.

New styles of levels in The Alien Wars involve motorcycle chases, riding on missiles, and two Mode 7 enabled top-view levels. Players can carry and switch between two weapons at any time, only losing the one they are currently using if they die. They can also fire these two weapons simultaneously in a spin-jump circular fire pattern that hit enemies on all sides; however, being hit while doing so results in the player losing both of their weapons. The player can also lock their character's mobility, allowing them to shoot at all eight possible directions (including downward and at angles) without moving or jumping.

There are three levels of difficulty in the game: Easy, Normal and Hard. Each increase in difficulty setting also alters several aspects of the game. For example, enemy bosses, when fought on harder difficulties, will have new attacks or modifications to their already-existing attacks patterns. Also, some situations in the game, such as flying in the air on missiles, become more difficult, as the missiles will travel much faster on higher difficulties. In addition, some objects and boss weak points that were destructible on easier difficulty levels will become practically indestructible on Normal or Hard mode.

If the player completes the game on Easy or Normal, then they will start at the very first stage on the next difficulty with their current weapon configuration, lives and score intact. On the Hard setting, the final boss will have an additional form the player must defeat as they escape from the alien lair. After defeating this form, the true ending will be shown, followed by the credits and then the player's final score.

There are two top-view stages in the game: Stage 2 (the Collapsed Highway) and Stage 5 (the Steep Cliffs). The controls in the top-view stages differ from those in Super Contra and Operation C. The player's character always faces the same direction when moved with the control pad and must be rotated with the shoulder buttons (L and R). The perspective differs depending on which game mode is played. When these stages are played in 1-Player Mode, the character always faces up and the area rotates around him. In 2 Players A Mode, these stages uses a horizontal split-screen format, with Player 1's half of the screen on the top and Player 2's half on the bottom. Both characters face right in this mode. In 2-Players B Mode, both players share the same screen and their characters rotate while the perspective remains fixed for both players.

The objective in these stages is also different from the standard side-view stages. Rather than moving into a linear path toward the end of the stage to face a stage boss, the player must first destroy a series of targets situated at fixed locations. The player may select their landing point at the start of the stage, while on-screen arrows help the player lead their character to the nearest target (a map can also be used that pinpoints the player's current location while showing the remaining targets). After all targets are destroyed, the player is transported to a new area to face the boss.

Some of the franchise's earlier weaponry returns (Rifle, Spread Gun, Laser Gun), but a number of new weapons also make their first appearances:

Homing Gun: Fires out several orange, fast-moving missiles that home in any targets in their vicinity. Damage output is rather weak.

Crush Gun: Fires out blue missiles that explode on contact, or after they travel a certain distance. The explosions cause successive damage to any target they hit.

Fire Gun: A large gout of flame projects from the gun's tip, causing major damage to anyone it cooks. The flame's distance is limited, however.

M-80,000 Helio Bomb: A portable Helio bomb that, when activated, severely damages or vaporizes any enemy in its explosion's trajectory. The player always has one in their arsenal, even when coming back from death, and will get more from floating capsules. However, upon death, the bomb amount will be reduced to one.

The game's tentative title in North America was "Super Contra IV". This was presumably because Contra Force, an unrelated NES game by Konami, was originally intended to be the series' third console installment.

The packaging artwork for the North American version was created by Tom duBois, who also designed the packaging for many other Konami titles outside Japan.

The Japanese version, titled Contra Spirits, features three cheat codes that were removed from the overseas releases: a thirty lives code, a stage select, and a sound test. The Japanese version also features unlimited continues, regardless of the difficulty setting, whereas the number of times the player can continue in the overseas versions varies between difficulty settings. The PAL version, Super Probotector: Alien Rebels, is identical to the American release in terms of difficulty, but replaces the original commandos with robotic soldiers codenamed RD008 and RC011.

Contra III was one of a few select titles for the Nintendo Super System, an arcade system which was used to preview Super NES games in North America. Players insert credits to buy time which allows them to pick and choose from a list of available games to play. The game is identical to the Super NES version.

In 1994, a Game Boy port was released simply titled Contra: The Alien Wars in North America (dropping the numeral from the game's title), as Contra Spirits in Japan, and as Probotector 2 in Europe and Australia (following up on the Probotector localization of Operation C). The port was developed by Factor 5. In this version, the level structure had been altered, many of the enemy bosses were removed, and Stage 4 of the original game (the Air Battle level) was removed. A strafing ability was included to compensate for the absence of rotation in both top-view stages, and a password feature was added. The player no longer has the ability to hold two weapons, but can still carry and use Bomb with the SELECT button. All the weapons from the original Super NES game are featured except for the Laser Gun. The game features Super Game Boy support, which provides a custom color scheme and enhanced sound effects. This version consists of four difficulty levels, Easy, Normal, Hard, and Maniac, with Easy mode cutting the game's length at the third stage.

Konami released a second portable version of Contra III in 2002 for the Game Boy Advance titled Contra Advance: The Alien Wars EX, which was released in Japan as Contra: Hard Spirits (魂斗羅 ハードスピリッツ, Contra: Hard Spirits?). Unlike the original Super NES game and the previous Game Boy adaptation, Contra Advance was released in Europe and Australia under the "Contra" name without the "Probotector" title and robotic characters. The designers made changes to many of the features of the original game due to the Game Boy Advance's lack of X and Y buttons. The mega bombs and the ability to wield two weapons were removed, but the player can now lock their character's aim like in Contra: Shattered Soldier (allowing the player to move anywhere while shooting at one direction) and is given a choice to revert to their previously held weapon when picking a new one. The top-view stages (Stage 2 and 5) from the original Super NES game were replaced with two stages from Contra: Hard Corps (the Military Train and Big Battle stages). This version only has two difficulty levels, Normal and Novice, with Novice mode cutting the game's length at the end of the fourth stage.

The original Super NES game was also released as part of the Virtual Console lineup on January 2007 for the Wii in all three territories (Japan, North America, and the PAL region) and on late November 2013 for the Wii U in Japan and North America. The American version of the game was released on the European Wii U eShop on January 9, 2014. It was also released on the 3DS Virtual Console, exclusively to New Nintendo 3DS and New Nintendo 3DS XL owners, along with other SNES games.

The Game Boy version received very positive reviews from Electronic Gaming Monthly and GamePro, both of which expressed surprise at how accurately it recreated the Super NES version, particularly special effects like the scaling plane in the first level. Two of EGM's reviewers commented they felt the game's only weakness was the awkward control configuration when playing it on the Super Game Boy.

Reviewing the Virtual Console release of the Super NES version, IGN criticized the game's short length, but praised innovations to the series such as the spinning playfield in levels 2 and 5, and remarked that "Contra III is arguably the best installment in the Contra series, as it polished the gameplay of the earlier titles and kicked up the action energy even higher than before." 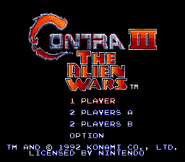 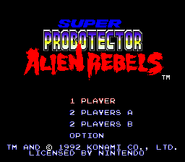 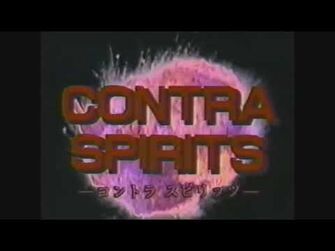