For other uses, see Contra (disambiguation).

Contra (コントラ, Kontora?) (stylized in Chinese: 魂斗羅), distributed as Gryzor in Europe and Oceania, is a 1987 science fiction/guerrilla-themed run-and-gun action video game developed and published by Konami originally released as a coin-operated arcade game on February 20, 1987. A home version was released for the Nintendo Entertainment System in 1988, along with ports for various computer formats, including the MSX2. The home versions were localized in the PAL region as Gryzor on the various computer formats, and as Probotector on the NES, released later. Several Contra sequels were produced following the original game.

In 2633 A.D., two armed Elite Marine Commandos "Contra", named Bill Rizer and Lance Bean, are sent on a mission to neutralize a terrorist organization called Red Falcon that is secretly planning to take over the entire world, and it's up to this two-man-army to put an end to this madness once and for all.

Contra is a run-and-gun action platformer, notorious for its high difficulty. The player character comes armed with a gun that can shoot infinitely. Different weapons with new abilities and that shoot different types of projectiles can be acquired as the player progresses through the levels. These can be found either inside of Pill Box Sensors or in Flying Capsules. When destroyed, the power-up will spring out onto the battlefield and can then be collected to change the player's weapon. However, the weapon will be lost if the player comes in contact with an enemy or a deadly obstacle, losing a life instantly. The character can shoot in eight directions and can also crouch.

The player starts with three lives, which are represented by medals. Extra lives can be earned by destroying enough enemies and raising the current score. The second player is able to "steal" lives from the other player in order to join the game.

The game also features a couple of pseudo-3D sections; one in the second stage (Base 1) and the other in the fourth stage (Base 2). In these levels, there are electric barriers that can momentarily paralyze the player if they come in contact with them, leaving them open to enemy fire in the meantime. To proceed further into these levels, the player has to destroy an orb found on the middle of the rear wall of each room.

There are a total of eight stages in the game. A boss can be found at the end of each one, which has to be defeated in order to proceed to the next one.

Much of the game's popularity came from its two-player simultaneous cooperative gameplay, which was an uncommon feature in video games at the time. Another aspect of the game's huge success was its motif and inspiration; Contra is mainly inspired by a combination of three hugely popular contemporary action films: Commando, Rambo and Aliens. In fact, many of Red Falcon's forces are inspired in the Alien franchise, such as facehuggers and ovomorphs. In addition, Bill Rizer's and Lance Bean's physical designs were based on Arnold Schwarzenegger and Sylvester Stallone, respectively; the two box-office guarantee action movie stars at the time.

While successful in the arcades, the game became, and remained, wildly popular and remembered when it was ported to Nintendo Entertainment System in 1988, right after its arcade release a year prior. It has been voted No.1 by many websites, notably IGN's as being the "Toughest Game to Beat".[1] Nintendo Power ranked it the seventh best Nintendo Entertainment System video game, calling it one of the best multiplayer NES Games.[2] ScrewAttack named it the fifth best NES of all time in the 1980s.[3] 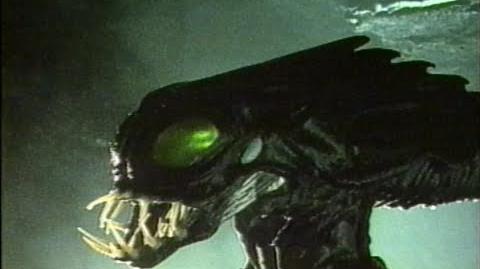