Touchscreen
Contra: Evolution (魂斗罗 进化革命) is a run-and-gun action platformer video game published by Konami Digital Entertainment first released on Chinese cell phones in 2010 and arcades in 2011, and later ported to Android and iOS in 2013. It is a high definition remake of the original Contra which adds some new features and in-app purchases.

Konami stopped supporting the mobile versions on January 31, 2015, and the game is no longer available in app stores.

All stages in Contra: Evolution are high definition renditions of those found in the NES/Famicom versions of Contra, and gameplay in general is very similar as well. Most enemies and bosses have gone through an aesthetic update, sometimes barely resembling their original counterparts, although still retaining the same attack patterns. The overall difficulty of the game has been toned down in some sections compared to the original game (with enemies and bullets moving slower), but ratcheted up on other parts.

Weapons appear in much greater supplies during gameplay (all have automatic fire by default in the mobile versions). Players have the ability to keep and switch between all weapons they have collected so far in the arcade version, with each weapon occupying one of the six available slots in their inventory. If a life is lost, so will the current equipped weapon, but the player can switch to another one from their arsenal if available.

For classic characters Bill and Lance, all weapons from the original game are included (Machine Gun, Laser, Fire Ball, Spread Gun), as well as new Homing Missiles. Miscellaneous power-ups like Rapid Fire, Force Field, and Mass Destruction also return. Newcomers Ricci and Sally each have their own unique weaponry repertoire, which sometimes consist in variations of the aforementioned weapons. 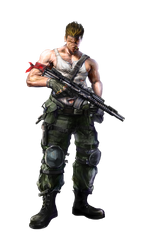 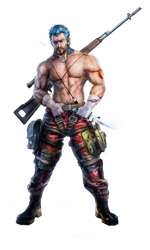 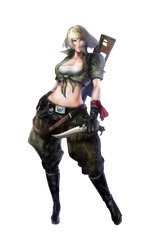 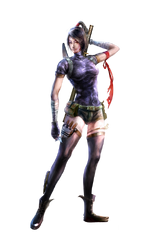